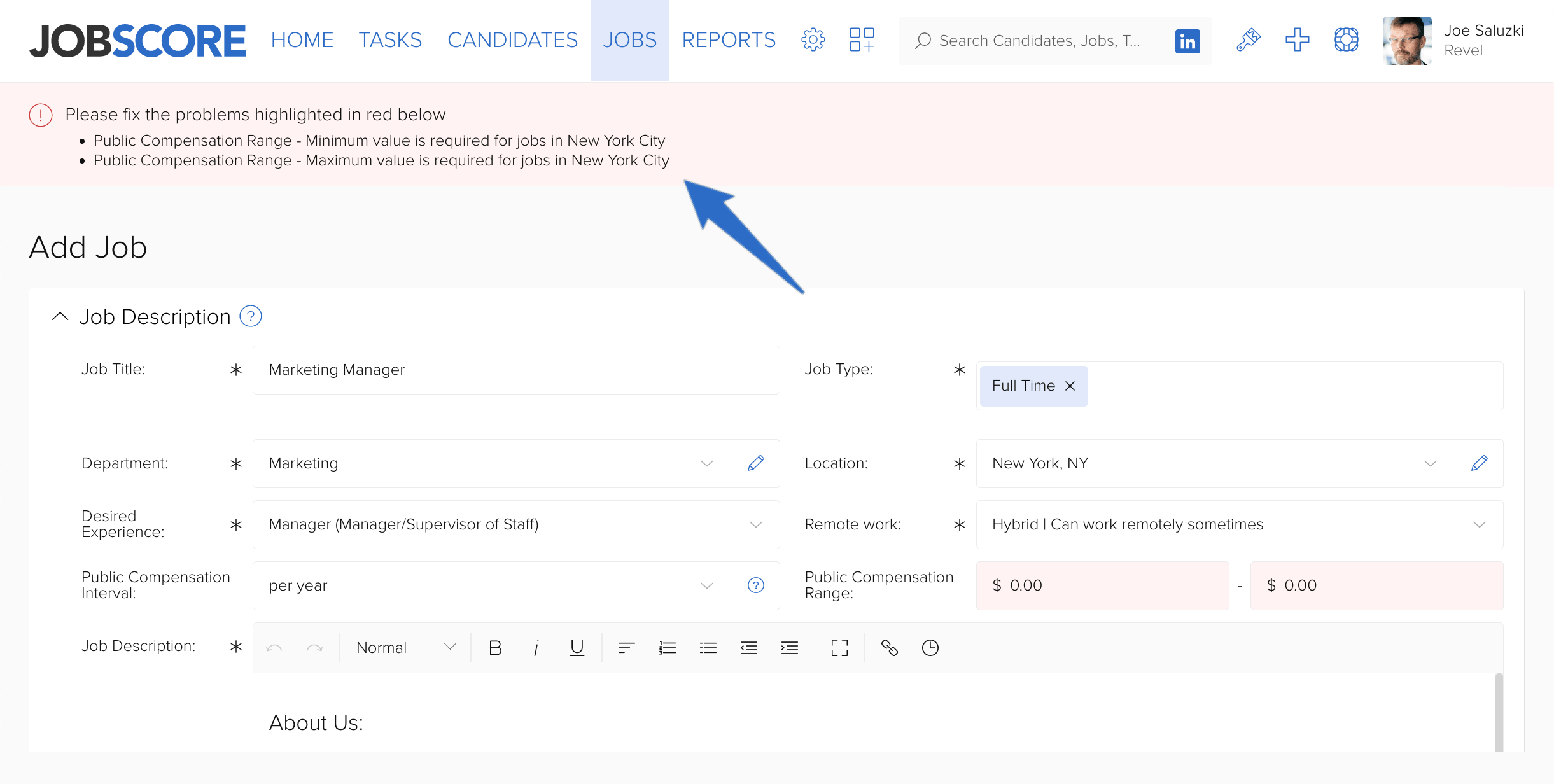 The law stipulates that employers must include both a minimum and a maximum, so you can’t publish, for instance, “$50,000 and up.” The law also applies to remote jobs where you may hire people who live in New York City.

Given the rate at which pay transparency laws are being passed across the United States, to avoid fines we recommend considering including public compensation data for all of your jobs, or at least all of your remote jobs.