How To Recruit a Team of Mobile Software Engineers 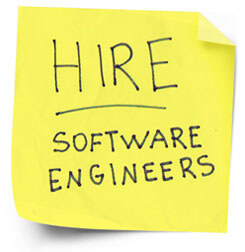 Competition to hire software engineers who can build iPhone and Android mobile apps is intense.  Some of the best and most used mobile apps in the business are built by Xtreme labs (now part of Pivotal Labs) in Toronto, Canada.  Xtreme grew from 10 to 350 people in 4 years. What’s the secret that drove over 25% of their mobile development hires?

“Luckily,” jokes Farhan Thawar Xtreme’s head of engineering, “You only have to be 19 to drink in Toronto.”

Dig it? Subscribe to the JobScore blog by email or RSS for more ideas from HireCamp on how to improve your recruiting game.