How To Build a Sourcing Team 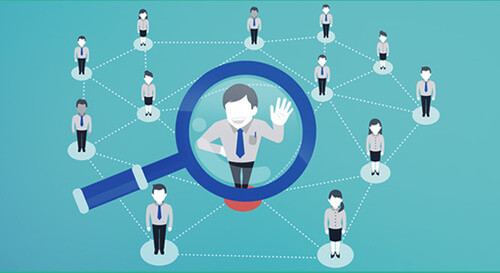 What would you do if you were asked to build a world class team of sourcers from the ground up? Would you hire fresh new faces or grizzled veterans? What metrics would you put in place to track success? How would you structure things to make sure the team could scale up?

Sourcing Czar Anand Bheeman has done it twice: he built the sourcing function at both Google and Palantir Technologies.  In his recent talk at HireCamp Anand shared some of what he’s learned so far:

Go for the hybrid

After lots of trial and error, he’s found that best teams are a mix of experienced sourcers and fresh, new talent. Bheeman suggests a ratio of 3 rookies to 1 veteran. Here’s why:

High performing sourcing teams are collaborative, not competitive. It’s important that sourcers not be treated as support staff who are “resume machines” but as partners who are an integral part of the recruiting process. He recommends setting things up so that sourcers regularly interact with hiring managers and the interview team, often sitting with them part of the time… that way they get the complete picture of what’s going on and can do their job better.

Numbers matter, but not right away

It’s not unusual for new sourcers to take 3-6 months to become productive. Instead of focusing on the number of hires they source, create more achievable goals that can be measured faster like the # of onsites they generate, or # of hours the team is spending interviewing their candidates.

The state of the art in sourcing is constantly changing and evolving – and sourcers need to continuously update their skills.  Sending a few folks to a conference once a year for training won’t cut it – aspire to share new tips and tricks monthly.  Also don’t be afraid to jettison outdated tools and techniques, switching up your tools and tactics is a great way to keep things fresh.

Sourcing is a stepping stone

While some people will learn sourcing and make a career of it, most won’t.  Recognize that most people with aptitude will spend some time mastering sourcing, but then they’ll want to move on and learn new things.  This is fine.  Sourcing, in the end, is often boring, repetitive work.  Think ahead and be sure to create a structure where you can gracefully “graduate” some people on to new roles & challenges while replenishing the ranks with fresh talent.

What are your secrets to success for building a great sourcing team? Let us know in the comments.

For more ideas, listen to Anand’s full talk from HireCamp:

Dig it? Subscribe to the JobScore blog by email or RSS for more ideas on how to improve your recruiting game.